After a thirty-year-plus hiatus, Todd Rundgren’s Utopia graced the Chicago Theatre stage, with the hopes of promising fans an extraordinary, other-worldly concert experience. The original 70’s-formed band established a stellar reputation for stretching the prog rock/pop envelope and infusing their mostly original material with verve and state-of-the-art technique. On this occasion the band featured Todd Rundgren, Kasim Sulton, Willie Wilcox and Gil Assayas.

Born and raised in Philadelphia, Todd Rundgren began playing guitar as a teenager, going on to found and front Nazz, the quintessential 1960’s psychedelic group. In 1969, he left the band to pursue a solo career, recording his debut offering, ‘Runt’. But it was 1972’s seminal ‘Something/Anything?’, on which he played all the instruments, sang all the vocal parts, and acted as his own producer, that catapulted Todd into the superstar limelight, prompting the press to unanimously dub him ‘Rock’s New Wunderkind’. It was followed by such landmark LPs as ‘A Wizard, A True Star’, and ‘The Hermit of Mink Hollow’, as well as such hit singles as ‘I Saw The Light’, ‘Hello It’s Me’, ‘Can We Still Be Friends’, and ‘Bang The Drum’.

Rundgren has performed a diverse range of styles as a solo artist and as a member of the band Utopia. He is known for his sophisticated and often-unorthodox music, flamboyant stage outfits, and his later experiments with interactive entertainment. He also produced innovative music videos, pioneered forms of multimedia, and was an early adopter and promoter of various computer technologies.

This beautiful deluxe 4 disc digipack includes a Blu-Ray, DVD and 2 CDs. Look for the vinyl companion to be released in a gatefold jacket with 2 GREEN LPs on April 19! 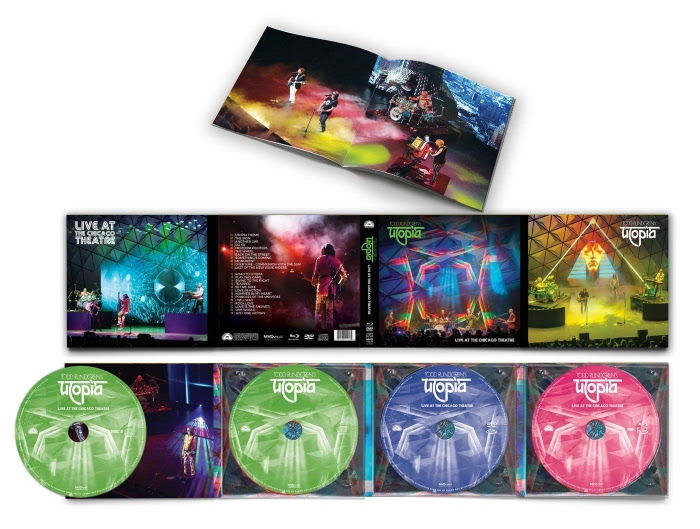 TODD RUNDGREN ‘THE INDIVIDUALIST TOUR’ will tour the following dates:

We Say Hello To Andrew Reed And Speak About His Music, His Influences, His Instruments, And Latest Single, ‘Don’t Say Goodbye’ https://essentiallypop.com/epop/2022/05/we-say-hello-to-andrew-reed-and-speak-about-his-music-his-influences-his-instruments-and-latest-single-dont-say-goodbye/